In Singapore, there are 3 large population groups: Malay, Chinese and Indians. With people coming together from all over the world, we have different beliefs and hence different superstitions.  With better understanding of these superstitions, we understand why others do certain things!

The first and most popular belief that lasted for so many generations was if you pointed at the moon, the tips of your ears would be cut off when you were sleeping afterward. The whole story of how this superstition came about is unclear but when I was little I would avoid pointing at the moon because I was so scared of having my ears cut off!

This next belief will leave readers in disbelief. Many believe that moths or bugs that can fly are their recently departed kin.  You are not supposed to chase or kill them as it is widely believed the recently departed kin came back in the form of an insect to visit their family. This was kind of scary for me in the past when my grandma first told me since I was afraid of insects and whenever there was a moth, I wasn’t allowed to shoo it away.

The next superstition concerns choosing the right presents for people. In Chinese culture, it is considered taboo to give a clock, scissors, or even a pair of shoes as a gift! The reason is because if you gift a clock, it is seen as you are counting down to that person’s death. If you decided to buy someone scissors (I mean why get this as a present anyway?) it means that you want to sever all ties with the recipient.  Lastly, if you were to get someone a pair of shoes, in the future, they will walk away from you. 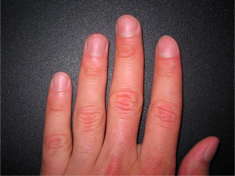 The last but a famous superstition is if you were to sweep the house on the day of the Chinese Lunar New Year, you are sweeping away your fortunes, hence the sweeping of the house would be done a few days before the holiday.

It is interesting to see and get to know superstitions that still live on today and it’s great that we respect them despite believing in different things!