This eastern cultural gem is nestled within the charm of Katong’s historical heritage sites. It in-houses the lost art of making the Peranakan, “Kasut Manek”, beaded slippers, worn by the Nonyas. It also showcases the traditional art forms of jewellery, porcelain, hand crafted handbags and embroidered kebayas. The descendants of the Baba Nonyas were said to come from the beginnings of the marriage of Princess Hang Li Po as the fifth wife to Sultan Mansur Shah of the Sultanate of Malacca. The rich mixed ancestry of Malays and Chinese culture and traditions was brought over through migrations to other countries in South East Asia and is carried on today, in ‘Rumah Bebe’ as Bebe Seet continues the craft. She personally conducts lessons on the art of sewing the beads of minuscule glass onto beautiful fabrics.

The hand made Kebaya is a traditional blouse that originated from the court of the Javanese Majapahit Empire. Before the 1600’s, it was especially made for the royal family, aristocrats and nobility. The fabrics often used were silk, velvet or brocade, fasten with a brooch. Bebe Seet welcomes you to have yours tailored to size.

If you wish to see more of the intricate pieces of Peranakan jewellery, we would advise you to head to the nearby ASEMUS museum to have a look at some master pieces as shown on the right above. 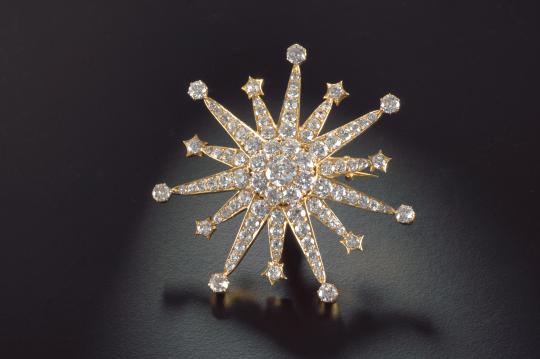 An array of mouth-watering delicacies awaits you as this remarkable lady extends her hospitality to prepare, the all famous sugee cakes, also called the ‘sugi’, ‘suji’, ‘sooji’ or ‘soojee’ which can be found in parts of India. Mary Gomes however describes it as the ‘typical Eurasian wedding cake’ in the “Eurasian Cookbook”. While most Asian sweets are both boiled, steamed or cooked on the stove top, the ‘Sugee Cake’ is baked in an oven, like a European cake. In order to explain this fusion of cultures, you have to understand that the Eurasians in Singapore and Malaysia belong to a diverse range of origins (Portuguese, Dutch, British – due to the presence of colonial powers at varying times in Malaya and their inter-marriages with local Asian ethnicities).

Often presented as Euro-Asian culture in Singapore, is the vibrant Portuguese variety, which traces its roots back to the community in Malacca, a town conquered by the Portuguese in 1511. The Portuguese had also landed in Goa, on the west coast of India, in 1510, and established a colony there. Portuguese-Indian Eurasians from Goa soon migrated to Malacca in the following century, around 1641, bringing the sugee recipe with them. Ever since, the Baba Nonyas that have originated from Malacca had adopted it as part of the Peranakan Cuisine, along with the all-time Malay favourites, the ‘curry puffs’ and the ‘onde onde’ (filled with thick coconut syrup). These and more are offered at Rumah Bebe. 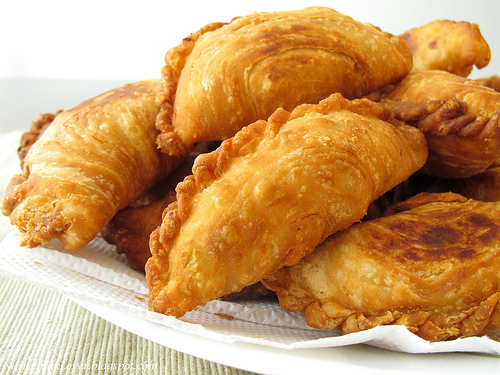